In this blog Nigel Iyer, a Fraud Detective, draws on ideas from his new book ‘How to Find Fraud and Corruption – Recipes for the Aspiring Fraud Detective’ discussing how everyone can and should be a fraud detective.

If the famous English dramatist Oscar Wilde was alive today writing farces about fraud, he might have said: “There is only one thing worse than finding fraud and corruption, and that is not finding it.”

This is because, in our experience, fraud and corruption are not hard to find, it is hard to want to find. In a 2014 publication called “CleanGovBus – Integrity in Practice,” the Organization for Economic Co-operation and Development (OECD) suggested that fraud and corruption account for around 5% of the world’s economy. It’s important to note that the OECD was not talking about the so-called “corrupt” developing countries either). Every day there is some sort of scandal in the press but given what the OECD says and the fact that most fraud is discovered so late, then this is probably the tip of an iceberg.

So, what is the problem? Why does no one seem to discover fraud until really late in the game? Why is there always so much shock when it is located? Surely if the OECD is even speaking a grain of truth, then fraud and corruption is “commonplace,” and finding it should be like picking up litter after the Saturday night parties on the main city street.

The simple answer is that to find fraud and corruption you have to really want to look for it, not just think you are looking for it, or hope that someone else, such as the auditors or a whistle-blower, will find it!

By fraud and corruption, we mean any type of deliberate and unethical activity, done by anybody, both externally and internally, to gain benefit by which causes harm in the short or long term. And don’t be fooled into thinking that it’s all about dishonest employees. Of course, employees can be dishonest or tempted, but they are not the ones who usually run off with all the riches. The harm caused by fraud and corruption includes loss of profits and value, damage to reputation, and erosion of your organization’s culture.

Finding the red flags and understanding what they mean is not hard, in fact. Children can do it, and sometimes, like the boy in the fairy-tale, The Emperor’s New Clothes, kids see the nub of the problem much quicker than we conditioned adults. We, the mature ones, tend not to look for the obvious red flags. But if we did re-activate our child-like curiosity what might we find? Perhaps that our suppliers are milking our organization and giving little penny back. We might catch sight of the ‘approved’ credit notes to customers who are getting a fabulous deal that is neither fair nor commercially wise. A few more minutes with an invoice and a little detective work might expose a front office with no substance behind it, and a shell company in a tax haven.

Have we become a bunch of people obsessed with policies and procedures, controls and compliance, and rules and regulations? It seems as if healthy curiosity has been thrown out the window. Instead, upstream management tends to rely on external auditors to find fraud for us and blame them when they don’t! Typically, when a scandal surfaces, people shift to the defensive and look to identify who can be accused. Quite often, and maybe the media have the most blame for this, the external auditors come under fire. But in fact, the external auditors do have a role to play. After all, they have access to the books and records of the organization, and they could, in fact, do more as well, without taking on the full responsibility. So instead of staying on their high horse and being professionally sceptical, why don’t the external auditors also help management with a collaborative mindset to stop fraud and corruption, adopting the “healthy curiosity” mantra?

If auditors do stand together with management against fraud and corruption, they can help save their organizations’ plenty of money and also prevent them from getting caught with their pants down too. As this example shows, working with some driven financial controllers, it was possible to discover and deal with a situation which could have caused embarrassment for management and significant financial loss:

In 2016 we identified with its client (a major Nordic energy company) a supplier based in Cyprus having an Estonian bank account which sold them hundreds of millions of kronor worth of coal. Closer examination showed that this company had an office with 3 staff, based at a Limassol law firm, no coal mine and could not prove from where the coal was coming from. Also, a little more in-depth research showed that the people behind the company were most likely to be involved in some rather heinous crimes. But, as the management argued, they were not on any official sanctions list, and the 3- man company’s website did have a code of conduct and even a whistle-blower policy. So, they must be OK… After a little discussion about substance over form, the head of the company decided to stop doing business with this company politely. Shortly afterwards, one of the controllers called me to say, “we all saved their ass there,” as it was just after a neighbouring country’s national TV channel ran a documentary exposing that one of their public Energy companies had done loads of business with the same company.

Finding fraud and corruption will save costs immediately and, in the future, will enhance your reputation and boost internal moral, especially if we all stand together against a common enemy.

It’s time to build a “bridge over troubled water” between the external auditors and the management, instead of blaming each other when the “stuff” hits the fan and let’s all adopt a healthy curiosity instead of looking for plausible but incorrect explanations. And a note of caution to all aspiring fraud detectives, with your rediscovered powers also comes a sense of responsibility. Whether you are an external auditor, financial controller, accountant or just anyone interested to team up against fraud and corruption, just remember anyone can be a fraud detective (rather than a scapegoat).

In the words of Mike Haley, CEO of CIFAS, the UK’s Fraud Prevention Service, “It’s not just that everyone can be a fraud detective, everyone should be!”. You can either decide you want to find fraud and corruption or decide you would prefer for it to find you. The choice is yours! 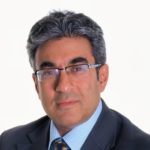 Nigel Iyer is a Fraud Detective with a passion for finding fraud and over 25 years’ practical investigation experience. He believes that everyone can find fraud early and deal with it responsibly, and loves to teach others the simplicity of healthy curiosity. He
is also a former Chartered Accountant and a member of the CIMA Professional Standards Committee. His new book “How to Find Fraud and Corruption – Recipes for the Aspiring Fraud Detective” is published by Routledge.
https://www.routledge.com/How-to-Find-Fraud-and-Corruption-Recipes-for-the-Aspiring-Fraud-Detective/Iyer/p/book/9781138742451