As the former CAE of AstraZeneca and now a consultant and trainer on internal audit matters for the past 12 years, I’ve been happy to work on a range of interesting topic areas. I started my consulting and training work working on lean (and now agile) auditing, assurance mapping and root cause analysis. More recently I have become involved in helping clients with issues around auditor mindsets, influencing, stakeholder management, and political savvy. I have used the experience I gained before being CAE since I was responsible for leadership development programmes for high potential staff, working in HR in AstraZeneca.

During that time, I learned the importance of self-knowledge and awareness of other personalities (and organisational factors) to influence effectively. And over the past four years, working with various IIA organizations in Europe, I have increasingly been working with personality profiling tools and, specifically, the personality preference tool the Myers Briggs Type Indicator (MBTI). With over 300 completed MBTI surveys for internal auditors it seems timely to offer some insights into the question “is there such a thing as the typical personality of an internal auditor?” 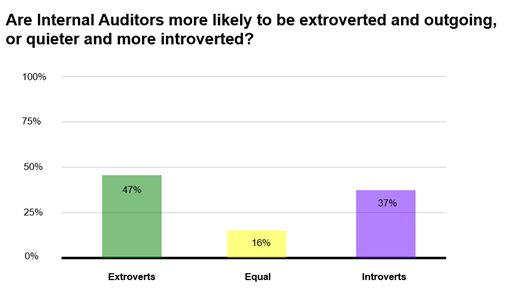 It’s a close call between extroverts and introverts in our profession. This means there are going to be those who want to “take over” team meetings, and others who find it difficult to be heard. Strategies will be needed to balance this. 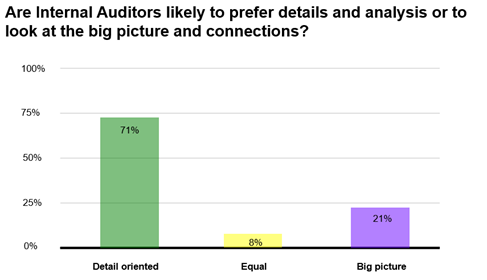 Generally, internal auditors are clearly more detail focussed, but this means team meetings may get “bogged down” in small issues. Learning to proactively prioritise and manage time may be important.

There are a clear majority who think logically, but this may mean certain of the softer aspects of teamworking, and influencing may be neglected. 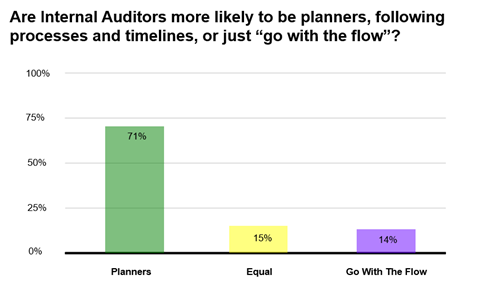 A clear majority of internal auditors like a plan and clear decision, but this can create frustration when there are others who want to “wait and see.” Finding ways to “get the best of both worlds” are going to be important to get the full benefits of both ways of thinking in the internal audit team.

So, the typical internal auditor personality is..

Two personality types seem to be dominant (at a rate far higher than you would find in the general population):

What this doesn’t mean (some caveats)

First, based on my survey, I am not arguing these typical personality profiles are necessarily the ”right” types of personalities for internal auditors; I am just saying that we do seem to be a profession dominated by certain personality types.

Second, these are high-level descriptions of personality profiles and what some auditors might prefer to do and not do, does not capture the full complexity of any given internal auditor, so we take each archetype as a general guide.

Third, the exact proportions of the different personality types can and does vary across different internal audit teams and seniority levels.

The Implications of having a high proportion of “supervisors” and “inspectors”

There are many personal and professional consequences of having a particular type of personality profile, but I would highlight the following four as being particularly noticeable and important:

Implications looking to the future

I hope that the archetypes and internal audit team dynamics described may connect with your own experiences and start to explain some of the difficulties and challenges we face as a profession. And by the same token, I think “leaning in” to these softer aspects of the way internal audit operates can offer huge potential to teams and their impact on the organisations they serve. Likewise, from a personal perspective, an improved understanding of how you and others think can greatly improve your personal impact, job satisfaction and career prospects. 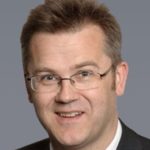